Well that’s the title for Prasanna‘s next which is to be directed by RS Prasanna who is a noted award winning short film maker. With Krishnan Vasant in charge of the camera, Ananth Govindan and Arun Vaidyanathan will be backing this project, Actor Prasanna has been roped in for the lead role in the film while Lekha Washington who was last seen in Va Quarter Cutting will be playing Prasanna‘s better half.

It is to be noted that this will be Prasanna‘s first film post his marriage to Sneha. Renowned faces like Delhi Ganesh and Uma Padmanabhan are also to be seen in the film.

It has been reported that the film is being paced at good speed as most of the scenes have been completed in a single schedule for 25 days.we expect the movie to be a pucca entertainer with a fun filled tale revloving around a South Indian wedding.

AR Rahman at the Grammy Awards

On Friday (July 16), the title-look poster of Suriya’s Vaadi Vaasal was released. Directed by Vetrimaaran, the film is … END_OF_DOCUMENT_TOKEN_TO_BE_REPLACED

With the ongoing COVID-19 pandemic situation, international travel restrictions to and from India are constantly … END_OF_DOCUMENT_TOKEN_TO_BE_REPLACED

Janhvi Kapoor poses hot showing off her glossy thigh and other curves in her voluptuous body.  This beautiful and … END_OF_DOCUMENT_TOKEN_TO_BE_REPLACED 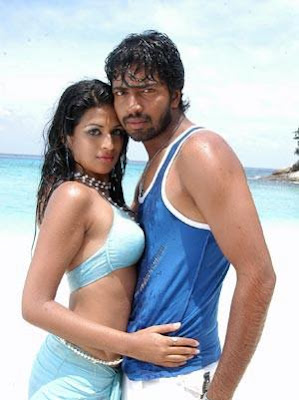 AR Rahman at the Grammy Awards