You are here: Home / Actor / Allu Arjun – Software Engineer in next film 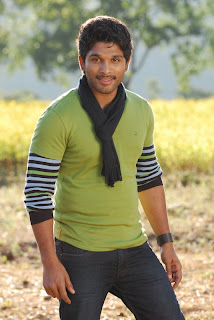 After the film Parugu, Allu Arjun is shooting for the sequel of his superhit film Arya. This unit of Arya-2 is shooting in Annapoorna studios where a 50 lakh rupees worth set has been established for shooting purpose. According to source : Allu Arjun is doing the role of a software engineer in this movie. He will be seen as an software professional for the first time in his career and is also being paired up with Kajal Agarwal for the first time in his career. Hero Navadeep will be playing the second lead in Arya-2. Arya – 2 is being directed by Sukumar and is being produced by BVSN Prasad and Aditya Babu are producing it. Devi Sri Prasad is composing the music.

If you liked this Allu Arjun – Software Engineer in next film, please like, tweet and share this on Facebook, Twitter, Google+, Pin Board or leave a comment. You can also get the latest News by subscribing to our feed. Don't forgot to share your voice with your friends! They may have also like or have thought on this News and that will help us to improve our selves!.

On Friday (July 16), the title-look poster of Suriya’s Vaadi Vaasal was released. Directed by Vetrimaaran, the film is … END_OF_DOCUMENT_TOKEN_TO_BE_REPLACED

With the ongoing COVID-19 pandemic situation, international travel restrictions to and from India are constantly … END_OF_DOCUMENT_TOKEN_TO_BE_REPLACED

Janhvi Kapoor poses hot showing off her glossy thigh and other curves in her voluptuous body.  This beautiful and … END_OF_DOCUMENT_TOKEN_TO_BE_REPLACED

Once again, Ileana proved herself that she is in number one position in Tollywood by