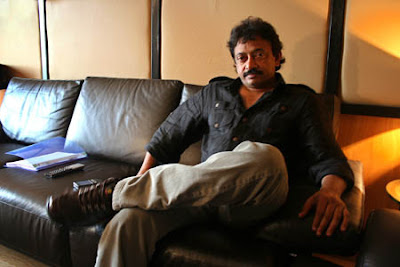 Sensational director Ram gopal Varma launched a film Rakta Charitra on Rayalaseema factions and life of the slain leader Paritala Ravi. He is trying to make the film into a reality show. For this reason , he went to Anantapur on Saturday and met Maddela Cheruvu Suryanarayana Reddy alias Suri at Anantapur jail and spent for about two hours with him. He also met his wife Bhanumathi the Congress Leader and obtained first hand information required for his film Rakta Charitra.

Along with Ramgopal Varma the twin directors Darsha–Raksha, assistants Suman and Ganesh of the film Raktha Charitra also came. Varma and Suman only went into the jail to meet Suri. In this connection there is a possibility to meet Sunitha MLA of Penugonda and the wife of Paritala Ravi to get information.

Later he spoke to the media and said that the film is made on the factions how and why so many people are killed in the name of it is the main theme. There are no heroes or villains in the film and all the stars are new comers. The shooting of the film will commence on December 1 and completed by April.

If you liked this Rakta Charitra: Ramgopal Varma’s next film, please like, tweet and share this on Facebook, Twitter, Google+, Pin Board or leave a comment. You can also get the latest News by subscribing to our feed. Don't forgot to share your voice with your friends! They may have also like or have thought on this News and that will help us to improve our selves!.

Kareena Kapoor to launch her own web site