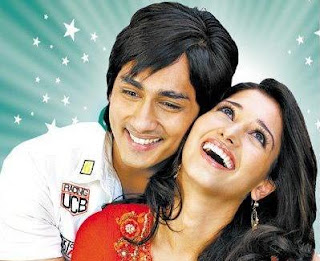 Konchem Istam Kochem Kastam starring Siddarth and Tamanna is a family entertaining movie. Being a family subject the story mainly revolves around Siddharth, Tamanna, Prakash Raj– playing Siddu’s father, Ramya Krishna– playing Siddu’s mother & Nazar– playing Tamanna’s father.Fifty percent of the shooting has been completed successfully. A rain song is being canned at Saradhi Studios on Siddarth, Tamanna and other dancers. The next schedule is most likely to be in Ramoji Film City.

Kishore Pardhasani alias Dolly is Directing this film. Successful producer Nallamalupu Bujji is producing this film under his banner Lakshmi Narasimha Productions. Apparently Bujji is planning the audio function with live concert of the music directors of the film Shankar, Ehsaan and Loy in the coming December and the film will be a 2009 Sankranti Gift to the Telugu audience. It’s needless to mention cinematographer Vijay Chakravarthy’s camera work, as it has already been noted in the block buster Bommarillu. Comedy emperors Brahmanandam and Venu Madhav are among the prominent cast who are going to make the audience burst out laughter.

Ravi Teja – Ileana to pair for a new film

Nitin's new film ‘Dhrona’ is presently in the final stage, shooting the climax