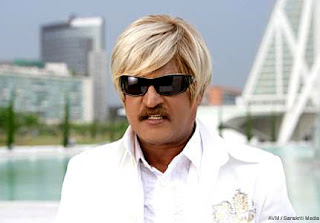 Super star Rajinikanth‘s new film will be going to launch music on 30 th june. This film is under the Direction of P.Vasu and producing by K Balachander, Vijayakumar and Ashwini Dutt.

Earlier director and producers announced the film title as kucheludu ,But now they have changed film title to kathanaayakudu.

Nayantara‘s role continues to grow. Meena and Jagapathy Babu play the other important roles. The film managment is making efforts to release the film in the month of August.

If you liked this Rajini kanth’s Kucheludu title changed to Kathanaayakudu, please like, tweet and share this on Facebook, Twitter, Google+, Pin Board or leave a comment. You can also get the latest News by subscribing to our feed. Don't forgot to share your voice with your friends! They may have also like or have thought on this News and that will help us to improve our selves!.

The final star cast has been done for the remake of Hindi movie Taxi No. 9211.