You are here: Home / Actor / kantri NTR’s next flick with VV Vinayak 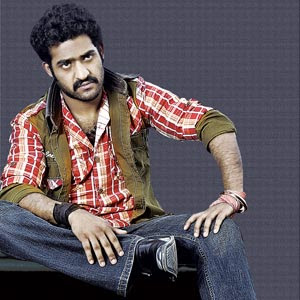 After the success of kantri, NTR.Jr is trying his luck with VV vinayak for third time.

Trisha and Tamanna will mostly be the female leads in this movie. Yuvan Shankar Raja giving music.T film title was not yet decided.The film is most likely to role from 2nd week of June and making efforts to release the film in December 2008.

If you liked this kantri NTR’s next flick with VV Vinayak, please like, tweet and share this on Facebook, Twitter, Google+, Pin Board or leave a comment. You can also get the latest News by subscribing to our feed. Don't forgot to share your voice with your friends! They may have also like or have thought on this News and that will help us to improve our selves!.

Pasupathy and Simran together in Taxi

Pasupathy and Simran together in Taxi

Actress Simran now is roped with Pasupathy, not for the film Kuselan but for another