Preview:
Endhiran movie is all set to release on first of October across different parts of India. This movie features Rajinikanth and Aishwarya in the lead roles and Shankar is the director of this movie.

Rajnikanth is a well versed scientist and robotics engineer who desires to give an intelligent robot to the man kind. In the process, he develops a robot with a silicon heart and which thinks perfectly with its 5 senses like a human. It is like a mimic to Rajnikanth in all possible ways. Moreover, the robot is figured with an incredible sixth sense which is meant to develop the nation and the world. Rajini plays dual roles in this ‘Endhiran’ movie – one is a scientist Vaseegaran and the other is a Robot called Chitti.

But unfortunately, the robot falls in love with Aishwarya Rai, who is already a lover and a “would be” of human Rajnikanth. The bag people on earth try their best to obtain control over the robot Rajnikanth. The rest of the story rotates around Rajnikanth fighting to destroy the bad people with the help of his robot.

Special Features – A human who is not born but is created. He can dance, sing, fight, is water and fire resistant. He can do all that a human can and more. He feeds on electricity. He takes instructions literally. Where a human can lie to save himself this andro humanoid robot Chitti cannot lie.

Review
He has an unwithering charm. He knows to carry himself well onscreen. He is the one man mission who ensures all his movies rake in moolah at the box office. Be it a suave villain, angry young man or a tough cop, he was right there delivering his best, entertaining Tamil masses for over three generations.

Growing young day after day, this one and only ’Super Star’ has successfully scaled the Mount Everest thanks to ‘Enthiran’. The man with a magic behind his name, Rajinikanth, is at it once again with director Shankar, music composer A R Rahman and Sun Pictures giving him company.

All is grand and great with ‘Enthiran’. From frame one till the last, there is enough thrill, spill and chill that one would normally associate with Rajinikanth. Perhaps it is double here. The magic of Rajinikanth and the aura of Shankar have been combined well to weave a magic on screen.

Add the pretty Aishwarya Rai in the scheme of things and top it up with Rahman’s foot-tapping music combined with state-of-the-art technology, the end part is nothing but amazing, outstanding and what not.

Come to describe Rajinikanth in Enthiran, we may run short of adjectives and adverbs. As scientist Vaseegaran and as robot Chitti, the top actor sizzles. He is cool and suave as Vaseegaran. More intellectual and stylish, he charms one and all.

Sporting a stylish beard, Rajinikanth appears in trendy costumes in flashy colours. He has exemplary energy and enormous screen presence quite like any other films of him in the past.

Coming to the songs, Rajinikanth looks more young and trendy. He is as cool as cucumber, quite like a Sachin Tendulkar scoring boundaries at his will from his willow. Come to speak about the robot, it is a Rajnikanth special. As a ‘mobile’ machine, Rajinikanth sizzles on screen. He is more a marvel to look at.

One wink of our eyes, we may miss out his charm and acrobatics on screen. He may look tacky, but he combines the charm of Sylverster Stallone, Arnold Schwarzaneger and the energetic Jackie Chan.

Due credits should be given to the graphics designers and their team, who ensured that all is recreated well on screen. The Robot flexing its muscles, as one man army going gaga in town and even romancing Aishwarya Rai is a delight to watch.

Not far behind is beautiful Aishwarya Rai Bachchan, who missed few chances before to act with Rajinikanth. In ‘Enthiran’, she is cool and casual. The beauty with brains lends dignity to her role.

Interestingly unlike other Rajnikanth films, here the heroine is right there enjoying good screen presence. She is at her best in duets, romance and their emotional scenes.

Cliched of same old faces in negative roles? Here a shrewd Shankar throws a surprise in the form of Bollywood star Danny Denzongpa. He is solid and splendid in his role. He does what is expected of him. And lends solidity to the character.

Come to take about the story, it is about Man Vs Machine which we have seen in many a Hollywood movie. Dr Vasseegaran (Rajinikanth), a robotics professor creates an android humanoid robot quite like him. The innocent machine is programmed to be a genius and knows everything and anything under the sky.

Vasseegaran is assisted in this task by his assistants Siva (Santhanam) and Ravi (Karunaas). Coming to knoiw about the robot which is named Chitty, even Vasseegaran’s ladylove and a medico Sana (Aishwarya Rai) gets fascinated by it.

As everything goes well, trouble erupts when Vasseegaran wants to get a patent for his creation. He creates it with a sole aim of dedicating it to Indian army and he feels such a machine would come handy to fight enemies in the border.

However Prof Bora (Danny Dengonzgpa) who is also involved in the process of creating a similar robot wants to play spoilsport. As it happens he rejects to give patent stating that it lacks human emotions. But trouble erupts when Chitty is provided with emotions.

It instantly falls for Sana’s beauty which lands both its creator and itself in deep trouble. A feud erupts between them. Cashing in on the opportunity, Bora comes to take control of the machine, when Vasseegaran dismantles it and throws it away.

Now the real war erupts between Vasseegaran and Chitty. Chitty takes away Sana with him and in the process develops its own army of robots (all alike him and more than 1000 Rajinis on screen). Their only motive is to end Vasseegaran.

The last 40 minutes or so in nothing but scintillating scenes where the army of robots programmed to destruct go on killing spree. It is all up to Vasseegaran and Co to end Chitty’s menace. Eventually all’s well that ends well.

Three cheers to Sun Pictures. The production house has rendered a visual marvel. They have gathered all guts to produce a mega budget affair in Indian cinema, which has come out exceedingly well.

Thanks to Shankar and cinematographer Rathnavelu, every penny that they have spent has been reflected well on screen. The exotic locales across the globe for song sequences, grand laborartory sequences, breath-taking graphic sequences, spine-chilling stunts and chases everything justifies the huge money spent and is a pleasant sight.

Due credit goes to Rathnavelu. The man behind the lens has captured all marvels well. With his wide lens, astute use of colours, wise choice of breath taking locations, Randy has proved why he is one of the best in the business today. He has showed Rajinikanth at his awesome best.

Come to Sabu Cyril, the master art director today has done his part well. And he does a cameo too as an arm broker Sha. The lovely laboratory and the rest in the movie including the robots in thousands have been recreated well. At many places, the sets seem very close to reality.

Walking away with applause is Mozart of Madras A R Rahman. All his songs are catchy, foot-tapping and trendy. The songs like ‘Kadhal Anukkal….’, ‘Robo Dance…’, ‘Boom Boom…’ or ‘Kilimanjaro…’, all evooke thunderous applause. Rahman’s mastery in blending orchestration, harmony and rhythm add pep to all the numbers. The lyrics too compliment the songs and the theme of the movie. The legend in Vairamuthu, his novice son Kargy and Pa Vijay deserve applause.

Give due credit to editor Antony’s sharp scissors. A little more of the movie would have spoiled the show and made it a dragging affair. Thankfully, he has given what the people want. Short, clean and crisp. Walking away with huge applause are the dialogue writers late Sujatha, Kargy and Shankar. A complex sci-fi movie but easy understandable dialogues. They have ensured that all complex scientific details be made easy and understandable to the masses.

Come to master of the ship – Shankar. The man of many achievements, who brought grandeur to Tamil cinema, has lived up to his reputation. His dream project which eventually hit the screens is nothing short of fun, frolic and excitement. Known for handling mass themes with much ease, here he combines such elements with science. A theme never heard before in Indian cinema, Enthiran, despite of very few lagging moments, is nothing but a milestone movie. Shankar has added one more jewel in his crown.

On Friday (July 16), the title-look poster of Suriya’s Vaadi Vaasal was released. Directed by Vetrimaaran, the film is … END_OF_DOCUMENT_TOKEN_TO_BE_REPLACED

With the ongoing COVID-19 pandemic situation, international travel restrictions to and from India are constantly … END_OF_DOCUMENT_TOKEN_TO_BE_REPLACED

Janhvi Kapoor poses hot showing off her glossy thigh and other curves in her voluptuous body.  This beautiful and … END_OF_DOCUMENT_TOKEN_TO_BE_REPLACED 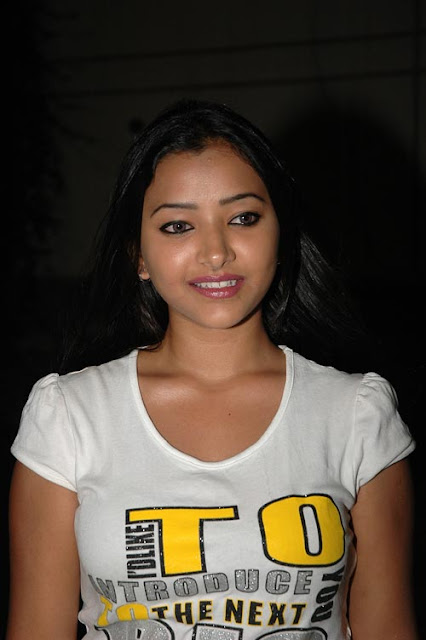 The Dubai Mall will be home to just about every major fashion brand in the world. A