You are here: Home / Actress / Small screen’s ‘Sita’ to play ‘Sania Mirza’ on the bigger screen

Bollywood film makers are keen and quick to cash in on any story which creates sensation among the mass, be it Ajmal Kasab’s death sentence or Carol Gracia’s wardrobe malfunction. This time a small time filmmaker has come up with a low budget Bollywood film, ‘Hyderababdi Damaad’ based on the story of pre-wedding hullaboo around Sania Mirza and Shoaib Malik. To top it, the filmmaker did not consider it necessary to even inform Sania about it, rest aside taking a permission. Directed by Jaiprakash, the film has the TV actress Debina Banerjee play the character inspired by Sania with Amar Upadhyaya and Ali Merchant in the cast along with her.

Debina Bonnerjee assured that the tennis star need not be worried. “The film is not a biographical piece of work on Sania. Hyderabadi Damaad will be adequately fictionalised,” Debina said. “Whether it is Jawaharlal Nehru or Indira Gandhi, inspiration can come from anyone. Since Sania is a star tennis player, she will inspire people. We are not going to depict Sania’s life exactly as it is on the screen.”

“We will start shooting the film next month,” said Debina, who has already started working hard to get in shape for her role. “I have lost weight that I had put on to play Sita in the Imagine TV serial Ramayan. Plus, I have hit the gym and am toning my body with horse-riding and kickboxing sessions,” Debina said.

If you liked this Small screen’s ‘Sita’ to play ‘Sania Mirza’ on the bigger screen, please like, tweet and share this on Facebook, Twitter, Google+, Pin Board or leave a comment. You can also get the latest News by subscribing to our feed. Don't forgot to share your voice with your friends! They may have also like or have thought on this News and that will help us to improve our selves!.

On Friday (July 16), the title-look poster of Suriya’s Vaadi Vaasal was released. Directed by Vetrimaaran, the film is … END_OF_DOCUMENT_TOKEN_TO_BE_REPLACED

With the ongoing COVID-19 pandemic situation, international travel restrictions to and from India are constantly … END_OF_DOCUMENT_TOKEN_TO_BE_REPLACED

Janhvi Kapoor poses hot showing off her glossy thigh and other curves in her voluptuous body.  This beautiful and … END_OF_DOCUMENT_TOKEN_TO_BE_REPLACED 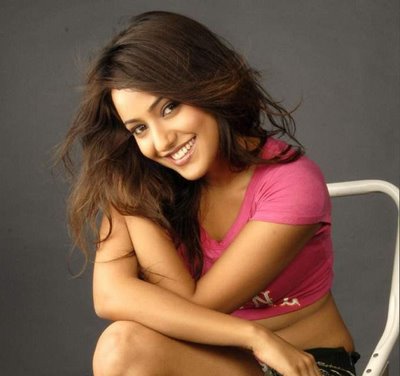