Not one, not two, but three films – Sadhu Miranda, Anjathe and Kannum Kannum – starring young Tamil actor Prasanna are running simultaneously in the theatres.

Not only are the films doing well but his performances in all the films were equally appreciated. One of the best times for this highly under-rated actor.

After making his debut in Prakash Raj’s production Susie Ganesan’s Five Star, Prasanna stayed away from the typical commercial films and waited patiently for the right roles to come.

And it seems the wait is finally over. The actor has arrived in a big way. Read on as he talks about his films and why the year has been good for him. Excerpts:

It appears to be raining Prasanna in the theatres. Three films and three different kinds of roles…
Thank you! I feel I am really lucky to have three films in the theaters at the same time. I am so happy that all the three films got good reviews and are doing well commercially too. ‘Unless the script has something to interest me and the audience, I don’t accept the role’

Is this best time of your career?

Definitely. 2008 is the best year of my career. I am sure this year will take me in a new direction.

You had totally different roles in each of the three films. Was it a conscious decision on your part to choose such diversified roles?

I read the scripts offered to me very carefully and unless it has something to interest me and the audience, I don’t accept the role.

In Kannum Kannum, your latest release, you have stuck to your image, that of a chocolate boy hero?

Actually it was supposed to be released a year back. You won’t believe that we started shooting on January 1, 2006 in Kutralam. So, you can imagine the delay. That is why you see the old Prasanna in it. I am happy that Kannum Kannum is being well received.

You see the new Prasanna in Sadhu Miranda and Anjathe. With these two films, now I know people expect something different from me each time a film of mine releases.

‘I always wanted to break the chocolate boy image of mine’

Did you expect Sadhu Miranda and Anjathe to change your image?

You are right! I always wanted to break the chocolate boy image of mine. Actually it was Siddique Sir who chose me for Sadhu Miranda.

Were you surprised when the role was offered to you?

After Siddique Sir saw my first film Azhagiya Theeye, we kept in touch almost every week.

After he wrote the script of Sadhu Miranda, he thought I would be the perfect choice. He offered me the role and I felt it was one of the best roles I could get.

As you know he has worked with all the top artistes in the industry and all his films have been huge hits.

When he narrated the script, I felt it was the right script to change my image.

Was it tough for you to come out of the chocolate boy image?

Even when we first met, you told me you were extremely choosy about the films you accept. Were you worried at any point about the gaps in your releases?

I was willing to wait for the right script to come to me. Now, I am happy that I waited. I have three releases and in each of them, I portray a different kind of role. My waiting has borne fruit now. I could work with a very successful director like Siddique. I also could act in a film of one of the most promising young directors in Tamil, Mysskin.

Was the wait frustrating?

Definitely, it was frustrating at times especially when you see others surging ahead.

What kind of preparation did you do for Sadhu Miranda?

I had to go for two different get ups in the film — action hero in the second half and an ordinary paavam young man in the first half. So, Siddique Sir and I discussed a lot about how I should look.

Though I didn’t have any difficult in portraying both the characters, while dubbing, I was doing both at a go which I found it a bit tough.

Everybody was surprised to see you as a villain in Anjathe.

The truth is, I wanted to surprise everyone, and I am happy that I did. Mysskin is a good friend of mine. I was very fascinated by the role. I asked him who is doing Daya’s role? He said he was looking for a new face. Then I told him, can’t I do the role? He was shocked that he just said, ‘What? It’s a villain’s role.’

But I insisted. I told him that I didn’t see myself as a hero or a villain, I considered myself foremost as an actor. After a long silence, he came up to me and hugged me. Then, we started working on the look, etc.

Did you expect this kind of reaction from the critics and audience?

To tell you the truth, I did. I knew the character would get good critical acclaim. I worked really hard on it and I was very confident too while doing the role. Just see how carefully Mysskin has created the character. Any other director would have had a rape scene!

How did you make him so menacing?

Both of us discussed a lot about how he should look. Because he is a pervert, we decided to give a feminine touch to him. So, we made him walk slightly like a woman. The long hair which covers my face most of the time was to give him a devilish look. Only my eyes and nose were visible. I don’t know whether people have noticed but I wear the ring on my middle finger and he doesn’t use that finger at all. Though we took care of such small details, we didn’t want to exaggerate.

After always having done the role of a nice person, did you enjoy being the villain?

I enjoyed being a villain thoroughly. When I got into the character of that creep, I forgot that I was Prasanna. I literally felt like crying on the last day of the shoot. You don’t get to do such roles often.

At present I am shooting a film called Achamundu Achamundu for Arun Vaidyanathan, a new director. His short films have gone to many festival circuits. This film will take Tamil films to international level. Except for myself and Sneha, all the others are going to be from Hollywood. The film will be shot in New Jersey.

After Anjathe, I have to be very careful about my films. I am going through scripts which will definitely be different from these three films. I am listening to a lot of scripts. I am confused and not very happy with most of the scripts. I have shortlisted two scripts and very soon they will be announced.

Do you take anyone’s advice regarding films?

I take the advice of Prakashraj Sir and Siddique Sir regarding projects in general but not about the script.

If you liked this 2008 is the best year of my career, please like, tweet and share this on Facebook, Twitter, Google+, Pin Board or leave a comment. You can also get the latest News by subscribing to our feed. Don't forgot to share your voice with your friends! They may have also like or have thought on this News and that will help us to improve our selves!.

On Friday (July 16), the title-look poster of Suriya’s Vaadi Vaasal was released. Directed by Vetrimaaran, the film is … END_OF_DOCUMENT_TOKEN_TO_BE_REPLACED

With the ongoing COVID-19 pandemic situation, international travel restrictions to and from India are constantly … END_OF_DOCUMENT_TOKEN_TO_BE_REPLACED

Janhvi Kapoor poses hot showing off her glossy thigh and other curves in her voluptuous body.  This beautiful and … END_OF_DOCUMENT_TOKEN_TO_BE_REPLACED 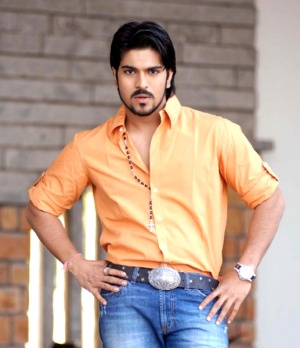